This past weekend was spent with a couple friends in Boston, Massachusetts.  We took a train down on Saturday morning, and back on Sunday night.

One thing we did not think about was hockey.  Unfortunately our train down was completely full, and North Station was crazy packed because the Bruins were playing.  The station was the only place where we actually had any issues with the amount of people, so it worked out pretty well.

Our first stop in Boston was to the New England Aquarium, of course.  I did want to be a Marine Biologist, and I kept fish for a long time so the aquarium was the first place I thought of to go.  We decided to walk

At the aquarium, after visiting the Shark and Ray touch tank, I took my camera out and started taking pictures of as many think as possible.  I definitely think I got some good ones! The penguins were surprisingly difficult to get good pictures of.  If they weren’t moving the lighting was bad, or they’d be standing near their sprinkler things, which made the pictures look weird.  I got a couple, and did some editing.  This one is my favorite.

The whale skeleton backlit by the big center tank is in the running for my favorite picture I took at the aquarium.  I wasn’t sure it was going to turn out, but the lighting works really well for it!

The entire aquarium was my favorite part of the aquarium basically, but the freshwater tanks were actually inspiring.  While I don’t have any fish right now I plan to set up my tanks again in the future.  They had some really cool freshwater tropical fish there, so now I’m psyched more than ever to get my tanks back up and running.

This turtle was swimming along the glass a lot, so it was pretty easy for me to get a bunch of pictures of it! This one was probably my favorite.

One thing that happened that pretty much sucked was that I lost all my stuff that I bought at the aquarium.  I collect postcards, and Snow Globes, so I bought those, and some stuff for my family at the gift store of the aquarium.  I set it down while my friends and I were getting food, and accidentally left it and walked away.  When I realized it was missing a couple minutes later I went back and it was all gone.  That was a very disappointing part of the trip.

Two of the people I as hanging out with on Saturday I know through the theater, so they really wanted to check out a theater there in Boston.  We only went into the lobby area, but it was a really beautiful place! 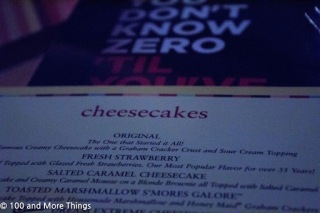 On Sunday we went to the Museum of Fine Arts in the morning, I didn’t really take any good pictures in there.  Afterwards we visited the Cheesecake Factory for lunch.  Cheesecake being one of my favorite foods, I was very excited.

Amy and I wandered around Boston for a while after that.  Neither of us are religious, but we definitely considered going into this church to look at the inside, because of how beautiful the outside of it is.  The bells were ringing, too.  We walked by as a church service was beginning, which is the only reason we didn’t go in, we didn’t want to disrupt the service, or leave halfway through or anything. 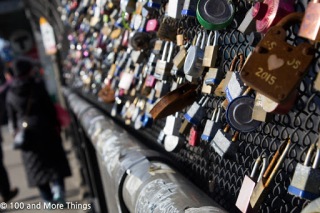 Even the doors on it were gorgeous!

We found the bridge with locks on it, it looks really cool.  Amy pointed out that it’s right over a road, so if it does end up getting too heavy it could be really dangerous.  I don’t think that’ll stop anyone, though.

We walked through the Boston Common and met quite a few friendly animals.  I always try to slowly sneak up on animals to take their pictures, birds mostly, but occasionally others, so when I saw the ducks, goose, and squirrels in the park I started trying to sneak up close enough to get some good pictures.  Little did I know, I wouldn’t really have to.

The ducks all stayed in the water, but let me get within a few feet of them to take some pictures.  The one I wasn’t expecting to let me get anywhere near it was the goose.  I went especially slow up to it, for a couple of reasons.  Obviously if I’m trying to get a picture I don’t want to scare it away, but I also didn’t want it to attack me.  Geese are known for being vicious after all.  This Canadian Goose was somewhat friendly though.  It let me get close enough that I probably could have touched it, I didn’t tempt fate by trying.  It did swim alongside me and Amy for a while when we walked away, until it was distracted by a pug. 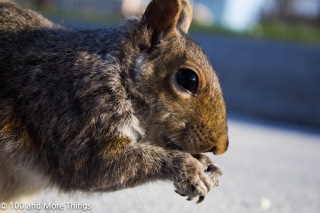 Quite possibly my favorite part of the trip (stop judging me, this was amazing) was feeding the squirrels right out of my hand. 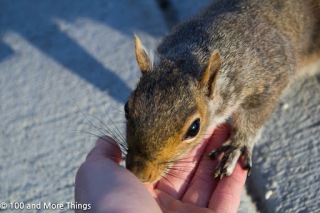 There were so many squirrels, so obviously I was trying to sneak up on them to get some pictures.  When a squirrel ran towards me I was really confused at first, but them quickly squatted down to try and get a picture, it then ran away.  However, I found a bunch more friendly squirrels, and started trying to get them to come up to me.  A couple did, and sniffed my hand, but ran away when they realized that I didn’t have any food.  After a few minutes some people came by, and fed some popcorn to one squirrel before dropping a handful and then walking away.  I went over to it, and started hand feeding one squirrel to get some amazing close up pictures.  I have a ridiculous amount of pictures of friendly squirrels now, but it was definitely worth it!

So that’s pretty much it! After the squirrels we explored Boston for a bit, then went to the train station and rode home.  I’m looking forward to more travels in the future, I’ve got a few more planned for this year.

If you want to see all my pictures from the trip to Boston check out my Flickr!